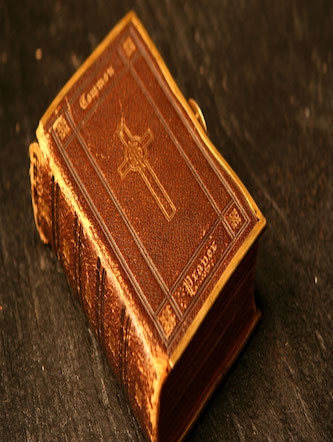 Constitution and Bylaws for The Anglican Free Communion International

Approved by the Executive Council Ratified and Adopted this: August 23.2020

and as Approved by the Presiding Bishop:

We declare and establish this Constitution and these Bylaws to preserve and perpetuate the principles of our common Christian faith and to govern this body in an orderly and Christ-like manner. These Bylaws will seek to preserve the autonomy and liberties of each individual Province and the freedom of action of this Communion to accomplish its God-given purposes.

Furthermore, by these documents, we declare our divinely inspired mission to fulfill and perpetuate the original intent of our founding bishops and The Episcopal Free Church.

Currently, The Anglican Free communion has developed into an international communion with member churches and ministries in many countries around the globe, including the United States, Europe, Africa, India, Pakistan, South America, Central America, Russia, Scandinavia and others.

Our structure, theology, and form of worship is commonly understood as Anglican-catholic. It is a distinct Christian tradition representing a “middle ground” between what has been perceived as extreme claims of 16th century Roman Catholicism and Lutheran/Reformed varieties of Protestantism. As such, our structure and worship has often been referred to as being the via media (or “middle way”) between “Roman” Catholic and Reformed Protestant traditions. Because Anglicans in general and our communion in particular, allow for significant freedom and diversity within the areas of Scriptural interpretation, reason and tradition, a great many variations in doctrine and practice exist within our churches, ministries, and within our various Provinces.

To stand for a Christ-centered and morally sound expression of Christianity which comprises the faith and practice of the Apostles and early Disciples of Jesus Christ, our Lord and Savior.

To obey the Great Commission of Christ by carrying the Good News to the entire world (Matthew 28: 19-20)

Recognizing the unity of the Church of Christ in all the world and across all the ages, and knowing that we are but one branch of Christ’s universal (catholic) people, and adhering to our particular faith and order, we extend to all believers the right hand of Christian fellowship (Galatians 2:9).

We confess the great fundamental truths to be a belief in one God (whose nature is Love), revealed in the Lord Jesus Christ by the grace of the Holy Spirit. We believe that Jesus dwelt in our world in the flesh, died for the sins of all people, was buried, and rose again on the third day according to the Scriptures.

Furthermore, we confess the total and uncompromising Love of God for all peoples; of all time, places, and cultures, as well as the foundational call of God to serve all people, inviting them to partake of the sacramental life of the church without constraint or hindrance.

In the spirit of the all-encompassing love of God, we seek to serve all people alongside other faith-based organizations, to include the other major religions of the world, in a spirit of mutual respect and cooperation.  This Communion shall neither support nor condone any acts or attitudes of denigration towards those practicing their faith outside the Christian-world view as espoused by the AFCI.

We affirm our belief that those who hold to these fundamental truths constitute the one Universal Church, and that the several households of which, though called by different names, are in point of fact the one body of Christ, and that these members of his body are under a sacred bond to keep “the unity of the Spirit in the bond of peace” (Ephesians 4:3). We declare that we will cooperate in Christian fellowship and service with all who hold to these foundational truths. Nevertheless, this Communion shall not interpret this spirit of fellowship to mean that we espouse any degree of animosity towards any others who may believe otherwise.

We believe that, beyond these fundamental truths, there can be unity in diversity, and diversity in unity, with regards to other particular elements of faith and practice within the Universal body of Christ.

This jurisdiction is an ecumenical communion. We believe it to be the will of the Lord Jesus that we remain open to walk and collaborate with other Christian jurisdictions, groups, and denominations from the various and venerable Protestant, Reformed, Catholic, and Orthodox traditions, as well as other traditions of faith.

This is a communion that lives the fullness of the Anglican “ethos” while embracing the coexistence of theological, pastoral and liturgical currents, streams, and orientations.  We believe that the spirit of Anglicanism is not a “unilateral” position that only emphasizes particular theological, pastoral, or liturgical streams.  Instead, we respect our sister denominations, and as far as possible, join hands with them to strengthen the final goal of Anglicanism, common to all Christian witnesses, which is the propagation of the Gospel of Jesus Christ.

As others from various jurisdictions and denominations express a desire to join with us in our common witness, we rejoice to sit at the table with them and create ways to share our common witness and the ministry of reconciliation (2 Corinthians 5:11-21). We embrace frank and respectful dialogue, as it is often the bridge that leads to appreciation for shared Christian heritage and unity within the Body of Christ.

This Communion accepts the meaningful validity of various Christian rites historically associated with classical Anglicanism, that is, Catholic (Old, Eastern, Orthodox and Roman), Evangelical, Charismatic, Reformed, and Liberal “streams”. These currents or streams will be respected, and their legitimate place guaranteed within this jurisdiction, believing this praxis to be just one element of the fullness of the Anglican ethos.

This Communion desires that clergy and ministers seeking to formally join this Jurisdiction are fully aware of the aforementioned stance. Furthermore, in a spirit of loving support,  we believe that those who cannot envision Anglicanism practiced in this way should seek a jurisdiction that speaks more clearly to their heart. No break in loving fellowship is intended by any such pursuit.

Article 4. Statement of Faith and Practice

The following Principles, while not intended to be used as a test or as a strict requirement for Christian cooperation and unity within the universal Body of Christ, are adopted as a testimony of the faith and spirit in which this Communion of Free Anglicans interpret the Holy Scriptures and apply them to their Christian duties.

Our beliefs include the following:

We believe in one God, the Father, of whom are all things, and all people in him;

We believe in one Lord, Jesus Christ, by whom are all things, and we by him;

We believe in the Holy Spirit, our indwelling Comforter and Guide;

We believe in liberty of conscience in all matters of faith, biblical interpretation, practice, and worship;

Our faith is founded upon the entire corpus of Sacred Scriptures (especially the Gospels), the traditions of the Apostolic Church, the historic episcopate, the first seven ecumenical councils, and the early Church Fathers;

We understand the Old and New Testaments as “containing all things necessary for salvation” and as being the rule and ultimate standard of our faith. We also accept that the Apocryphal and Deutero-canonical writings have held a venerable place within the history of Christ’s One, Holy, and Apostolic Church – these writings may be read in the churches and worship centers of this Communion;

We also uphold the Apostles’ Creed as our baptismal symbol of faith and the Nicene Creed as a sufficient statement of the Christian faith;

We celebrate the seven sacraments consistent with the historic and catholic church, with special emphasis given to the Holy Eucharist (also called Holy Communion, Holy Qurbana, the Lord’s Supper, or the Mass), as Jesus himself testified to it as a special way to remember him. The breaking and reception of the bread and wine communicates the real presence, the very body and blood of Christ, as our Lord instituted at his “Last Supper”, as the Gospel of John testifies, and as St. Paul reiterated to the early church as that which he directly received from Christ himself. It also represents an eternal sharing of the table with Christ, as we obey His command to remember Him in this way.  The table of the Lord is open to all who thereby draw nigh unto Christ in faith;

We primarily use the 1979 Book of Common Prayer (BCP) which is one of the ties that bind many in the worldwide Anglican Communion together. The 1928 version of the BCP, as well as other forms of historical and liturgical worship may be used, based on the needs of each local community of faith;

We believe that all the members of the human race have been created equal, and each are lovingly created in the image of God; therefore we promote inclusivity in all our churches and ministries. Based on this belief, the Communion allows for the ordination of women to holy orders, with the same rights and duties as men (Galatians 3:28);

This Communion makes no distinction as to race, nationality, gender, sexual orientation, social status, trade or profession, ability or disability, marital status or history, political belief, religious heritage, or culture of its members.  All faithful are held under the same principles and standards of Christian living and holiness of conduct;

This Communion is open to ordain and allows the ordination of men and women regardless of their orientation; and lastly,

We believe that indulgence in sensual, sexual, and/or substance-use pleasures, as well as sexual promiscuity (viz., indiscriminate, casual, un-committed sexual relations and/or activities), are contrary to the spirit of the Sacred Scriptures, and celebrates all unions that are authentic and loving, between two legally mature adults, and that these relationships should be respected and blessed in our churches –  so we are free to celebrate and bless all such unions.

Likewise, no cleric within this communion shall be forcibly required to perform any rite or ceremony against their personal conscience, rather, such clergy are advised to consult, in prayer, with their religious superior.

The universal Church is composed of all the members of the Body of Christ.  The Body of Christ, the Laity, is the source from which the Church calls her Deacons, Priests, and Bishops.

Qualifications shall consist of persons who meet the educational, experiential, behavioral and moral characteristics required by their respective Bishop and who are in agreement with the Statement of Faith (cf., Article 4 above) and who will abide by the Constitution and Bylaws of The Anglican Free Communion International.

The Anglican Free Communion International shall have three Orders of the Clergy, namely:

Bishops, who shall have a special responsibility and authority for the preservation of truth, and of the doctrine of the Church, for the purity of its life, and the worthiness of its worship; To preserve apostolic succession and to represent the fullness of the apostolic witness; Bishops shall be consecrated by no less than three other bishops in apostolic succession. In situations of dire need, a bishop may be consecrated by just two other bishops, with the consent of either the Executive Council or the Presiding Bishop.

Priests, who in cooperation with and under the authority of their Bishop have a special responsibility for preaching the word of God, administering the Holy Sacraments, and for the curé of souls; and,

Deacons, who have a special responsibility for the care of the poor and distressed, for the instruction of the young, the poor, and those without the knowledge of God, giving assistance to their Priest, as well as for the administration of sacramental life.

Clergy of any order, seeking incardination within this Jurisdiction, shall provide evidence of their ordination or consecration from within Apostolic Succession.

This Jurisdiction shall review and consider all elements of a request for incardination.  Bishops seeking incardination yet unable to provide substantive evidence of an apostolic consecration by at least three other bishops in the succession, may be required to receive consecration sub conditione.

The Anglican Free Communion International will welcome all religious orders and will be guided by the Abbott General, as appointed by the Presiding Bishop of the communion.